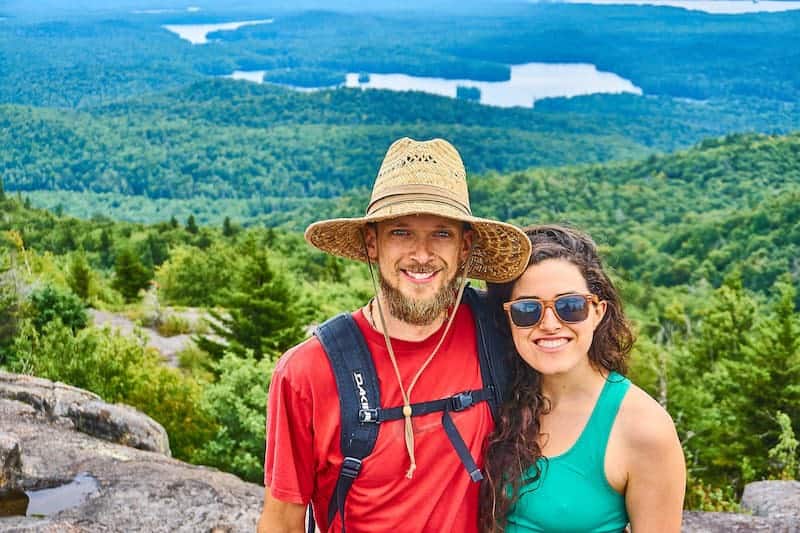 Van life has received a lot of attention over the last several years.

Many of the people you hear about living in a van full time are part of the FIRE movement — financial independence and retiring early.

If you’re not familiar with the FIRE, consider the following.

More and more people are taking a stand against the traditional 9-to-5 work life. They’re finding ways to work from home, build careers entirely online, and retire early to pursue their dreams rather than delaying them 40+ years down the road.

The entire premise behind the FIRE movement is to use your dollars to live your best life possible, whatever that looks like for you.

For some people, that means living in a van full time, traveling the country, and living life on your own terms. Matt and Alli Owen are two such people who are enjoying van life.

They resigned from their day jobs in April 2018 after saving over $600,000 in just four short years. How? Through house-hacking, a commitment to frugality, and a whole lot of perseverance.

Soon after leaving their jobs, Matt and Alli set out in their big red campervan, aptly named Clifford, in pursuit of their next big adventure. Since then, they’ve been featured on CNBC, MSN, The Huffington Post, and several other major news and media outlets.

Today, Matt and Alli teach others how to align their money with their values through personalized financial coaching and online courses.

Why They Chose Financial Independence Over Fancy Things

Below, Matt and Alli answer questions our readers have been dying to know. Read on for tips on how to calculate your early retirement figure, the pros and cons of van life, and what this couple plans to do next.

What was the catalyst for you to pursue financial independence?

Even though we both made great money at our jobs, we felt inefficient in the way we spent it. We didn’t enjoy feeling “stuck” to a desk certain hours a day. We wanted more freedom in our lives.

On top of that, we were in the oil and gas industry, which is notoriously cyclical. In 2015, we saw friends and coworkers with 20+ years of experience being laid off with no work to be found. We didn’t want that to be us. Financial Independence was insurance against layoffs and our ticket to a freedom-based lifestyle.

How did you figure out what amount of money you would need to save in order to leave your jobs and retire early?

We determined how much money we would need using the 4% rule. As long as your expenses don’t exceed 4% of your investments, you’re good to retire.

Our expenses are around $40,000/year, so we figured we would need around 1.2 million to retire. We didn’t make it to 1.2 million though. We tapped out early, confident that we’ll make up the lost money in “retirement” through jobs that gave us a greater sense of purpose.

Megan’s Note: If you’re wondering what those jobs are, Matt and Alli run a financial coaching business where they teach others how to align their money with their values. They also own a food company called Sweet Logic that offers paleo and keto friendly treats.

What were the hardest 2-3 things you gave up in pursuit of financial independence?

Nothing is all that hard when you have a goal and a vision for your life. Nothing really felt like a sacrifice because we placed our value in experiences and humans over things and keeping up with the neighbors.

The 2-3 most impactful things we changed were: buying a house and renting out 3 of the bedrooms so our housing expense was next to nothing, giving up “nice cars” in exchange for reliable older ones, and learning that a budget can decrease our travel expenses. 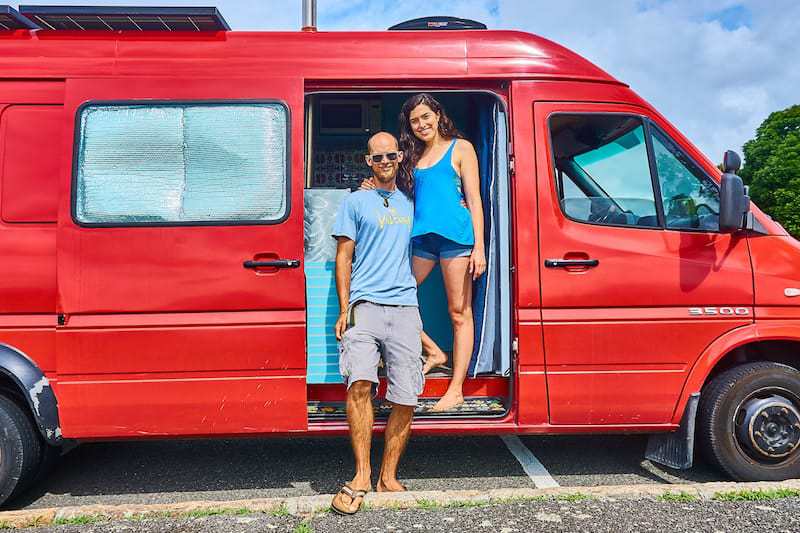 Of all the things you could have chosen to do in early retirement, what drew you to van life?

We wanted to stay in the U.S. to build our businesses and van life seemed like the most affordable option. We looked at RVs, but to get one with good gas mileage would cost $60,000, and it would be new (due to only recent models coming with a diesel engine that gets good gas mileage).

Since we knew we didn’t want to travel the U.S. forever, getting a new RV wasn’t a great option. If we tried to resell it, we likely would lose money due to depreciation. Converting a van gave us a challenge, a new set of skills, and the potential to make money on the conversion when we sell it.

What’s your favorite thing about living in a van full time?

That our home is always with us. We have a full kitchen and we love to cook all our own meals, so it’s been nice to be traveling but always be able to have a homecooked meal!

What have been the most difficult unexpected challenges of living in a van full time?

Unexpected repair bills! Our transmission gave out while we were in Milwaukee. We had to wait a week for it to be repaired, which left us not only without a home, but without a car, in a city we didn’t know well.

Thankfully, my cousin lived about an hour away and came and got us and we spent a week with her and her family. But if we didn’t have her, we would’ve had to get a hotel for a week, which would’ve added to our already expensive transmission repair bill!

What’s the biggest myth people believe about van life, and how is it not true?

People over glamorize van life on Instagram and make it look more than ideal. There is nothing glamorous about living in a van, especially one without a shower and toilet.

We found it especially difficult to establish a routine in the van as we were constantly moving and needing to find places to park, shower, buy groceries, etc. This was novel in the beginning, but gets exhausting after a while!

For anyone else taking the plunge, what are the van life essentials — the things you absolutely would not want to do van life without?

A stove, a fridge, and a go-with-the-flow attitude. Nothing is ever consistent in van life, so you have to learn to roll with the punches and make the best of every situation! 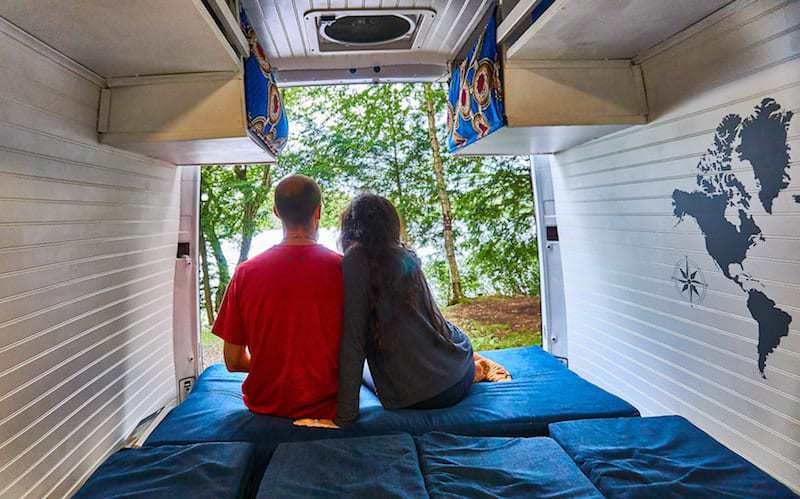 What does the future of early retirement look like for you? How long do you plan to do van life and what comes next?

We are now creating courses and doing private coaching for millennial couples looking to get out of debt so they can have more freedom in their lives. We also have a Sweet Logic that serves the Ketogenic diet community.

When we aren’t working on those passions, we hike, ski, and mountain bike every chance we get. We’ll be settling down this winter in Snowmass, Colorado and plan to head to Europe next May for a few months to hike the Camino de Santiago.

We actually plan on selling our van before heading to Europe as we have plans to convert a different van (a Ford Transit with a higher roof so Matt can actually stand up), so van life will pause for a bit but resume shortly after!

What’s your take on van life? Is it something you think you could do? Let us know in the comments!