How This Couple is Paying Off $500,000 in Debt While Traveling the World 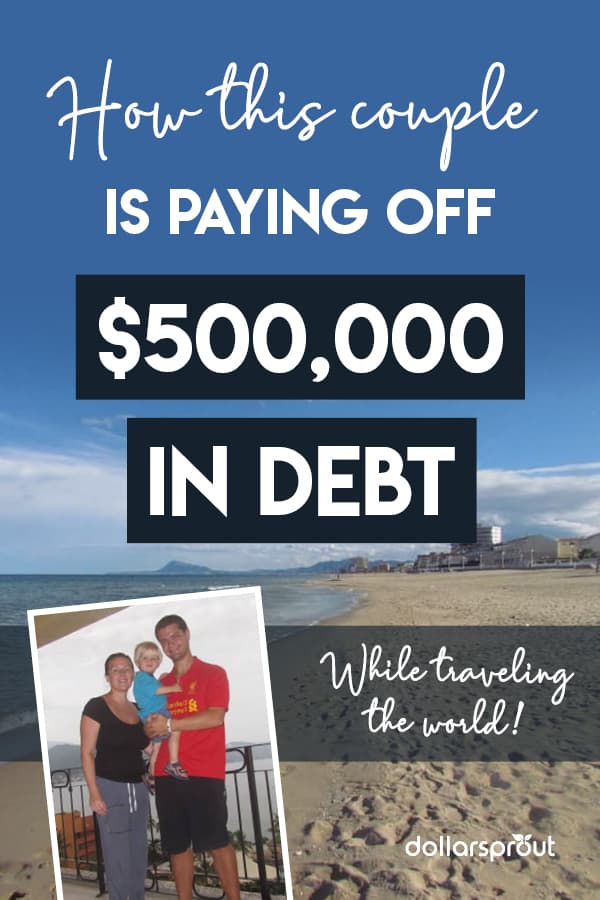 Crystal clear waves meeting white sand, mid-morning café con leches, sipping Sangria on the beach while watching the sunset; these are the images that occupy the minds of this family.

After visiting Spain in 2014, Emma Healey and her husband, Dave Walsh, made it their mission to one day call the country home.

A few short years ago, this number didn’t feel like a big deal to them. They were already several years into their debt repayment journey and had managed to pay off thousands of dollars in credit cards and consumer loans.

All that was left were the mortgages on their home and rental properties. However, they’d hit a wall. The budget was tight, and they couldn’t squeeze out another dollar to help them get ahead.

Still, they were mostly content renting out the units and letting the properties slowly pay for themselves.

“In the beginning, I didn’t worry about it,” says Emma, “I reasoned it was ‘good debt’ as it was borrowed to make more money in the real estate game.”

Then Mayhem Paid a Visit

Emma and Dave were living and working in Australia while renting out their properties back home in New Zealand.

They had purchased a 1,400 square foot, 3-bedroom house in Emma’s hometown. The plan was to rent it out while they traveled abroad. Once they were ready to settle down, they would move back into their dream home to raise their family.

However, nature had another idea.

In 2011, an earthquake hit, causing extensive damage to the property. “The concrete chimney crashed through the roof and ceiling into the living room,” Emma describes, “and every wall had wide cracks from each window or door frame.”

The tenant left the day of the earthquake and never returned.

To make matters worse, they felt they weren’t getting a fair offer from the insurance company. Being abroad made negotiations difficult. Since they couldn’t rent out the property in its damaged state, they decided to move back home, live in the house themselves, and fight for fair compensation.

Not only did this decision involve uprooting their lives by moving countries. It also meant Dave taking a job that paid half his previous salary and living in a cold, damaged house with a young baby and a giant mortgage.

Needless to say, this was not the dream life they had envisioned. 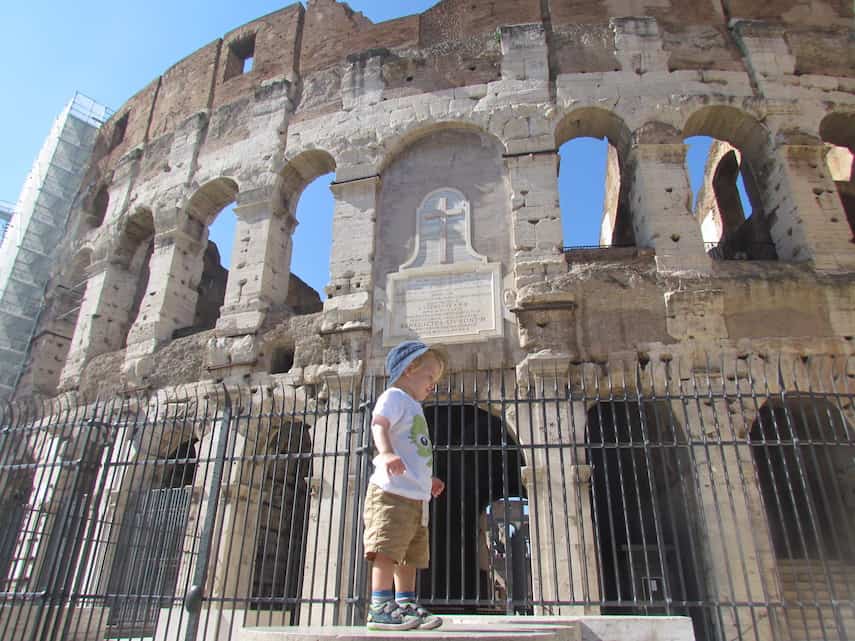 After a year of fighting the insurance company, dealing with assessments, contractors, and loss adjusters, Emma and Dave were at their breaking point.

While they still hadn’t reached an agreement in terms of compensation, the battle was quickly taking a toll on their home life.

“We decided to use what savings we still had from our pre-kids days to get the house in good enough shape to rent again and go traveling,” says Emma. “It was a risk, as the insurer might just decide to demolish it, but we simply could not go on living like that.”

They added insulation, new carpets, and hired a property manager to schedule appointments. Once the repairs were completed, the house rented almost immediately for about $1,700 per month. This covered all costs and left Emma and Dave with $100 per month buffer.

“I found an online job as a virtual assistant for my former employer in Australia,” Emma says. “We put all our stuff into storage and boarded a one-way flight to San Francisco, en route to Mexico.”

Little did they know, this move would change everything for their family.

Mexico offered a much-needed reprieve from the gloom and glum of insurance negotiations and home repairs.

For the first six months after leaving home, Emma and Dave lived off their savings and the income she made as a virtual assistant. Once her contract ended, however, she quickly realized they needed to slow down on spending if they wanted to continue living abroad.

The easiest way to cut back was to move to a country with a lower cost of living.

“We headed to Spain where we rented a tiny apartment and put our toddler into preschool,” Emma says. “Life in Spain was cheap and wonderful. Our apartment was 50 yards to the beach, food was cheap…and the coffee was excellent.”

The lower cost of living afforded them a comfortable life. Going out for a cup of coffee was no longer a strain on the budget; it was an easy, everyday occurrence.

After six months in their newfound paradise, Emma and Dave headed back home to New Zealand to have their second child. However, their hearts remained in Europe.

Related: How This Family Paid Off $120,000 in Debt to Become Debt Free

Emma and Dave’s original plan was to move back into the 3-bedroom dream home they’d been renting out while abroad. But their priorities had shifted.

The new dream was to move their family to Spain on a more permanent basis.

“After deciding to prioritize our dreams of living in Spain, we had to get ruthless with our expenses,” says Emma. “There was just no way we could continue to pay all the expenses associated with a large house and still save money.”

Living in a small apartment in Spain had taught them that they didn’t need much room for the essentials. Rather than moving into their 1,400 square foot home as planned, they opted for another one of their rental properties — an 860 square foot, 2-bedroom unit in a duplex.

There were many benefits to living in a smaller house — a lower mortgage payment, cheaper insurance, and lower utility costs. Based on the numbers, it made the most sense.

“We figured we’d save at least $500 per month in living costs alone,” says Emma. “Plus keeping tenants in our bigger house meant the rent would cover expenses until we knew the outcome of our insurance claim.”

Downsizing wasn’t the only savvy decision this family made. Dave got a job close to home so he could bike to work. This allowed them to share one vehicle — a 1992 model with no AC or heating.

Emma also started looking for more virtual assistant work. “I pitched to related businesses in my field and soon had enough work to provide a small part-time income,” she says. “I worked when the baby napped.”

“I realized that cash flow was the only thing that was going to get the kind of financial freedom that would allow us to travel,” Emma tells us. “Having one or two paid-off properties providing rental income could actually let us travel, rather than having four properties with maxed out debt.”

That, she says, is what led to their decision to sell two of their rental properties in 2017, including their former dream home.

“We also decided to accept our insurers’ offer and take a payout on our large home, then sell the house to be repaired by the buyer,” Emma explains. “It wasn’t as much as we’d hoped for, but it was enough to cover the loan owing and give us a small amount towards our own home.”

In early 2018, Emma and Dave finished paying off their small home. Today, only $57,000 stands between them and their dream.

Spain on the Horizon

With only one rental property left to go, this family is putting everything they’ve got to pay off the last of their debt. Staying motivated over the years hasn’t been easy, but rest assured that their dream is alive and well.

“We keep the dream alive in many ways,” says Emma. “We read the news in Spanish, enroll our kids in Spanish classes, attend free events run by the local Hispanic association.”

They also watch documentaries on Spain and study the language in their spare time. “It’s a cheap hobby,” Emma says, “but one that keeps us motivated.”

She’s even gone as far as to change the icon on their savings account to the Spanish flag as a visual reminder and motivator.

Emma attributes a large part of her family’s debt payoff success to being unapologetic dreamers. “I’ve learned that we are more capable than we think and we often aim too low,” she says, “My husband works a blue-collar job. I’m a work-at-home mom. Both of us come from working-class families.”

But none of those things ever stopped them.

Emma says it’s “through hard work, a tight savings strategy, and sheer determination” that they were able to pay off their debt, own their home outright as 30-somethings, and afford to travel the world as a family.

She also notes that downsizing played a huge role in their plan. “Most people don’t consider downsizing before retirement, but it’s a solid tactic,” she explains. Living in a tiny Spanish apartment made them realize just how little they needed to live comfortably and be happy.

Another important factor: being on the same page as your partner. Two incomes working towards a single goal can get you there in half the time. It also helps with motivation when things get tough.

For example, when Dave has a bad day at work, Emma will send him pictures of Spanish beaches or tell him how many café con leches he can buy with his earnings that day. It’s little things like that, she says, that make their big goal feel more achievable. 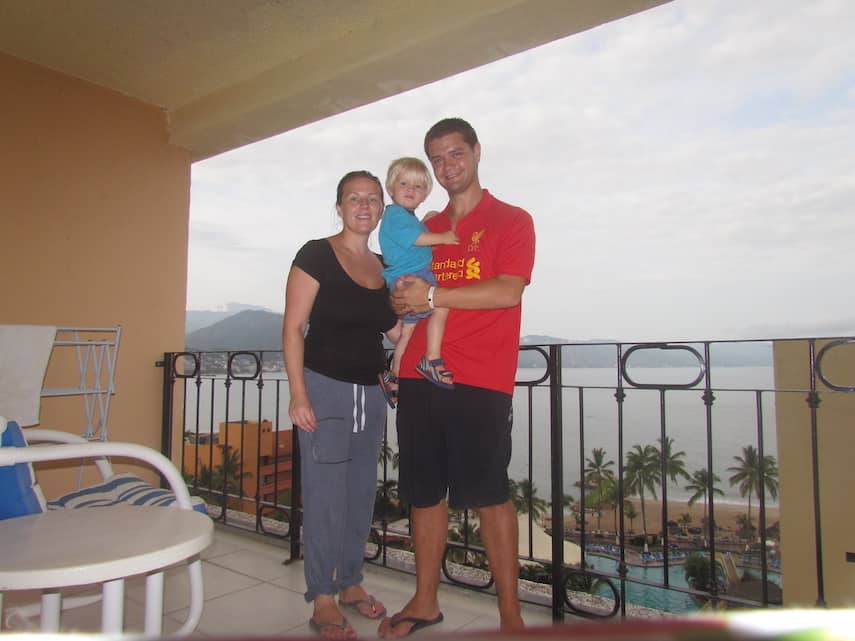 Emma is a travel enthusiast, wife, and mother of two boys. When she’s not dreaming of life in Spain, she writes for her blog, Little House, Lovely Home, where she teaches others how to save money, organize, and live well in small spaces.

What an inspiring story! Thanks for sharing it, really neat! 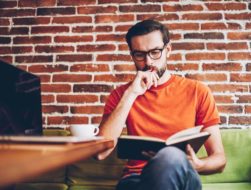 We all know the basic principles of how to get out of debt. Spend less than you make and put any extra cash towards your debt. But, in practice, organizing what you need to tackle first and how to get started can be overwhelming.